First, have a look on the trailer: 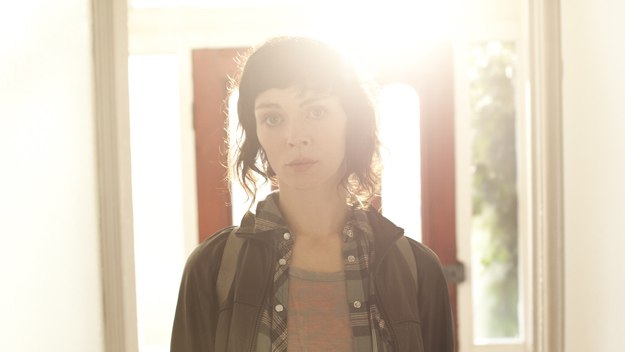 Self-described as a “Dark and enigmatic thriller,” this British TV series (yes, another one!) started on Channel 4 from January 15th 2013. Like most Brit TV, this series is rather short as it has only six 70-minute episodes (although it is somewhere question of “series 1” so it leaves hope for more). It's a complex cyberpunk story that plays on our inner paranoia and was more accurately described by some as a “conspiracy thriller.” In a dystopic near future (global food price going up causing riots, new epidemic of “Russian flu”) big corporations and defence agency gone rogue are vying for power. And, caught in the middle, a bunch of comic book fans. It's quite an interesting setting. However it doesn't feel very original: “the network” remind me of the Division in Nikita, the comic book with hidden information a little of Heroes, and the pharma conspiracy a little bit of Torchwood: Miracle Day or some of ReGenesis, but overall, if I feel I've seen similar stories before, yet I cannot name any other shows to compare it with.

The show is strew with what seems to be a few popular culture references (to Watchmen, Terminator, etc.). It is also rather violent, with a lot of characters dying in each episode (and even one torture scene). It feels a little too much (and therefore is recommended for age 18+). But I guess that's what we should expect with a psychopath assassin in the pay of a big nefarious pharmaceutical corporation. I am not sure if this show really takes this conspiracy theories thing seriously but I guess the subject is rather used in a sarcastic way. Although if the story is often funny the characters do seem to take themselves pretty seriously most of the time. That's probably part of the charm of the show (I do particularly like the cold but efficient Jessica Hyde character).

What's stand out the most in Utopia is the good acting, the superb camera work (particularly the scene composition) and (it's British isn't it?) the dark humour. I've seen only three episodes so far (half the so-called series 1) so I'm ready to hold judgement for now. But overall, it's certainly worth watching.