The Ice Wanderer and other stories 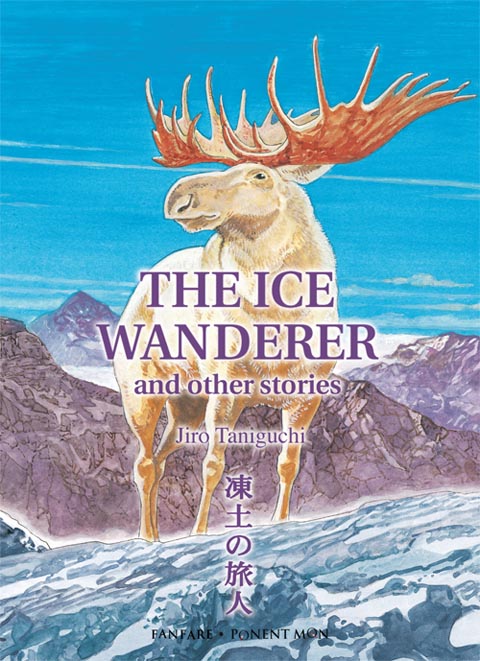 “Lost in the Great North, two men are saved by the appearance of an old hunter who divulges a strange legend to them... [“The Ice Wanderer”] Surrounded by wolves and fighting for their survival, two explorers head for Alaska to bury their companion... [“White Wilderness”] A marine biologist begins a quest to find the mythical graveyard of whales” [“Return to the Sea”].

“In total six shorts with as many stories of men confronted by savage nature which is sometimes cruel, sometimes forgiving but always vast. Through tales filled with respect for animal life, this splendid collection, which lies at the crossroads of poetry and adventure, shows master storyimager Taniguchi at his awardwinning best.” 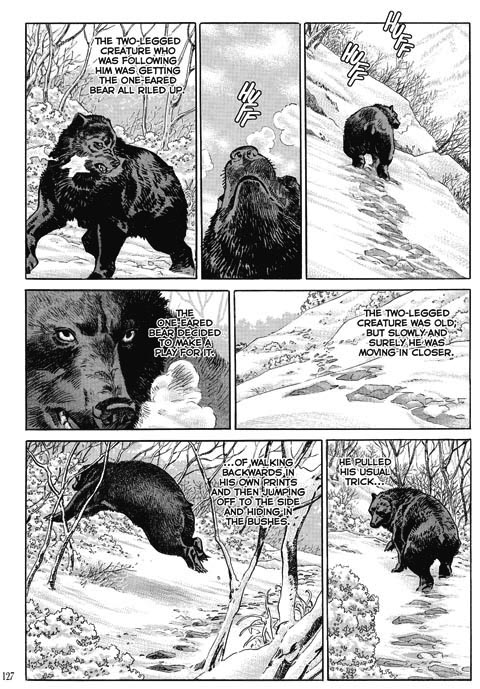 The work of Jirō Taniguchi has been repeatedly recommended to me and I must admit that I was bewitched from my first reading. Its superb, precise and poignant style as well as his concise and clever narrative--which always move forward at a very slow and almost contemplative pace--make him a must-artist and the most zen of all mangaka I know! And it is precisely his detailed craftsmanship and profound stories that closely resembles European comics (of which he acknowledges the influence) and that's probably why he is much more popular in Europe that America.

The Ice Wanderer [凍土の旅人 / Tōdo no Tabibito / lit. “the tundra's traveler”], first published in 2004, is no exception and is a superb example of Taniguchi's talent. It is a collection of six short stories. The overall general theme of this collection is very Japanese and a very dear subject to the author: the respect and communion with nature. This is particularly evident in the last story, "Return to the Sea". A man is studying whales in Alaska. Following an accident, the whale known as Old Dick saves his life. In fall, after the start of the great seasonal whales migration, Old Dick stayed behind and, like told in Inuit folklore, returned to his origin in the deep sea abyss. The man follow the whale to witness this “death rite” and almost dies himself. This story was first published in Japan in Big Comic Spirits (March 28th, 1994). 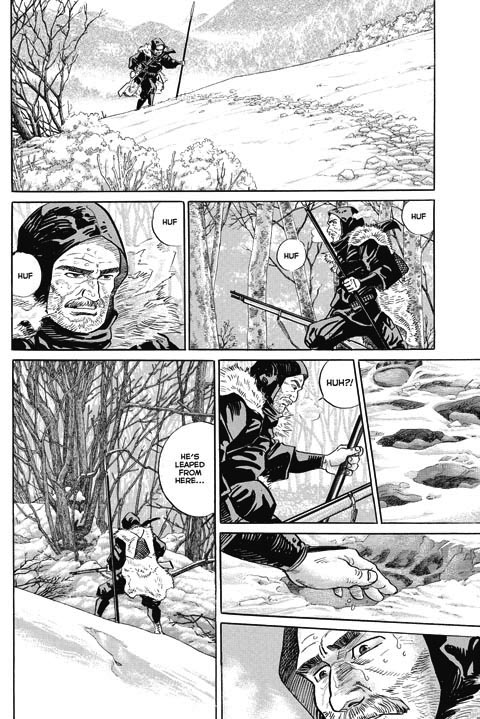 As for the first three stories, they deal more with the confrontation against wilderness and the fight for survival. In “The Ice Wanderer”, two men, who are lost in the Klondike region (Yukon) in 1897, owe their survival only to the providential appearance of an old hunter, who tells them a strange legend (first published in Big Comic Original Extra Edition, on July 2nd, 2003). In “White Wilderness”, two explorers travelling in the Yukon river basin (Alaska) to bury one of their companions, are struggling to survive as they are surrounded by wolves (this is a retelling of the first part of Jack London's White Fang; first published in Big Comic Original Extra Edition, on December 28th, 2003). In “Our Mountains”, at the beginning of the Showa period (in the 20s) in the Senhoku district (Akita prefecture), a man goes on the trail of the bear that killed his son (first published in Big Comic Special Extra Edition, on December 1st, 2002).

The two remaining stories of the collection are distinguishing themselves by focusing more on another theme very dear to the author: they are touching stories telling every day's life with a kind of urban nostalgia which sometimes feels autobiographical. In "Kaiyose-Jima" (“The island where the wind brings the seashells“, first published in Big Comic Original Extra Edition, on July 1st, 2004) we already find a more human environment. Following his parents' divorce and his mother's illness, the young Takashi spends the summer with his uncle in a small fishing village. With Yae-chan, an orphan taken in by his uncle and who taught him to swim, he gradually forgets the grief caused by his mother's absence. One day, as they were gathering seashells together, a storm pushed their boat out to sea and they have to spend a terrible night on a small island.

In "Shōkarō" (first published in Big Comic, January 10th, 1998), the story takes place in a more urban environment. Set in the 45th year of the Showa period (1970), it tells of a young mangaka who is influenced by the atmosphere of his new apartment, located in a former brothel. I do not think these two stories break completely with the theme of nature, because here Taniguchi seems to tell us that we can always communicate with our environment, whether it's natural or urban. 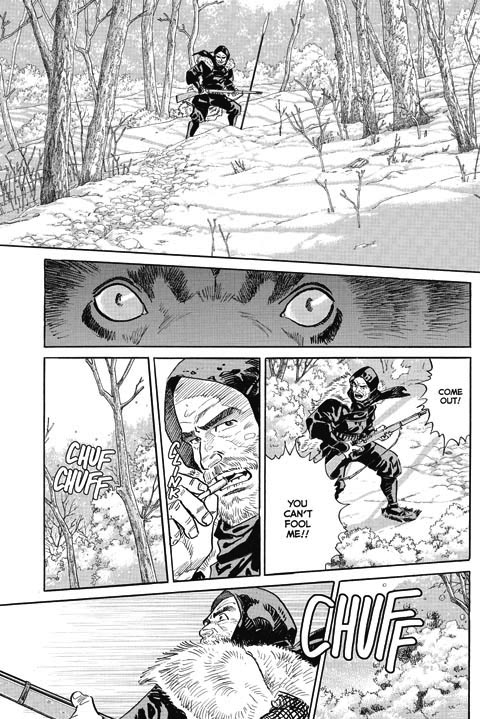 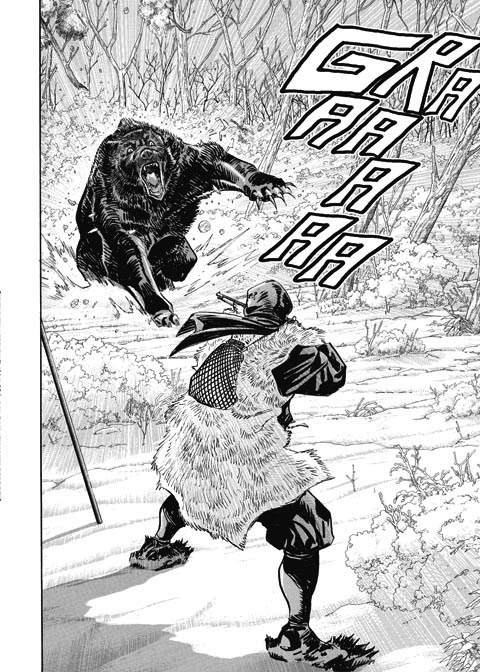 All in all, although this collection of short stories is a bit uneven, it is nevertheless a very good reading. It is worth noting that the work done by Fanfare (for the editing, translation and notes) and Ponent Mon (for the publishing) is excellent. I particularly appreciate that they respected the original format (reading from right to left) and did not flip the art (which unfortunately seems to happen often in North American editions). This is a high quality book (fine printing, good paper and binding) that everyone should read, as it is perfect to get acquainted with the work of Taniguchi.

For more information you can check the following sites:

To know more about this title you can also check articles on about.com and Anime News Network.

Another version of this article was originally published on this blog February 7th, 2010 (in french).