This is my last day at this year's festival.

I couldn't be there yesterday but I heard that the queue for the Japanese movie (A loving husband) was pretty long and that Willem Dafoe came back after his movie (My Hindu Friend, Brazil, dir.: Héctor Babenco) despite the late hour (midnight) for a thirty-minute Q&A. That guy has a lot of respect for his audience and fans!

Even if my wife is still hospitalized (don't worry she's doing better, they just kept her to perform some tests), I couldn't miss the last Japanese movie to be shown at the festival (this year, hopefully). I didn't regret it. It was a great comedy. I'll tell you more about it later. 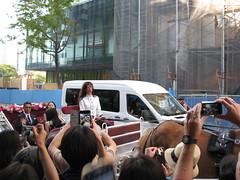 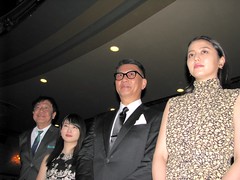 I lingered a little after the show to catch a glimpse of Isabelle Adjani that was coming to present her movie Carole Matthieu (France, Dir.: Louis-Julien Petit). 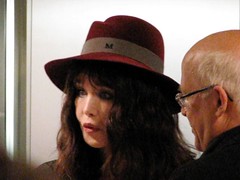 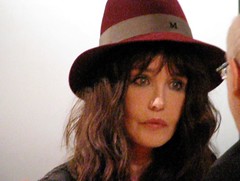 More pictures on my “FFM 2016” album on Flickr
Tomorrow (Monday) is the last day of the festival. As soon as I have the list of the lucky awards' winners I'll post my wrap up comments.

Let's hope it won't be the last of the FFM!