Unshelved is a web comic that tells the daily misadventures of Dewey and his co-workers at an American dysfunctional library. Most of the time, it's quite hilarious (particularly if you KNOW a little about the library world). This compilation picks up where the previous one left off.

It will includes previously unpublished comics strips and six month worth of color strips. It's published in the same compact format than the previous two compilations, and will ship in early July for $11.95 US. For now you can order it directly from Overdue Media web site (but it should eventually be also available on Amazon). 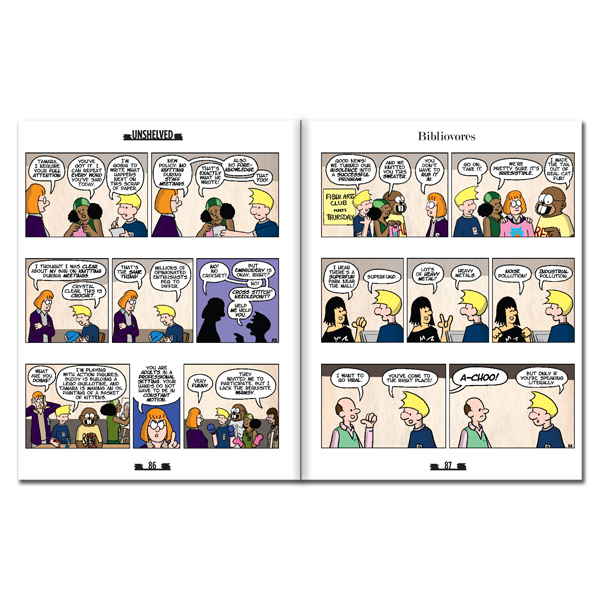