Starting with Unshelved, the web comics about the staff (and patrons) of a rather dysfunctional library. I caught up on several months of strips to realize that artist Bill Barnes decided to take a break and was replaced by occasional contributor Chris Hallbeck. It doesn't change anything. Here are a few of my favourites (believe it or not I've experienced many of those situations): 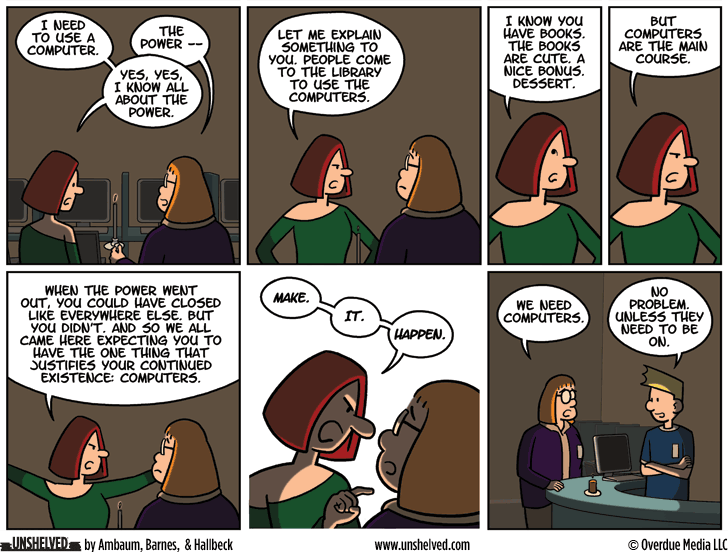 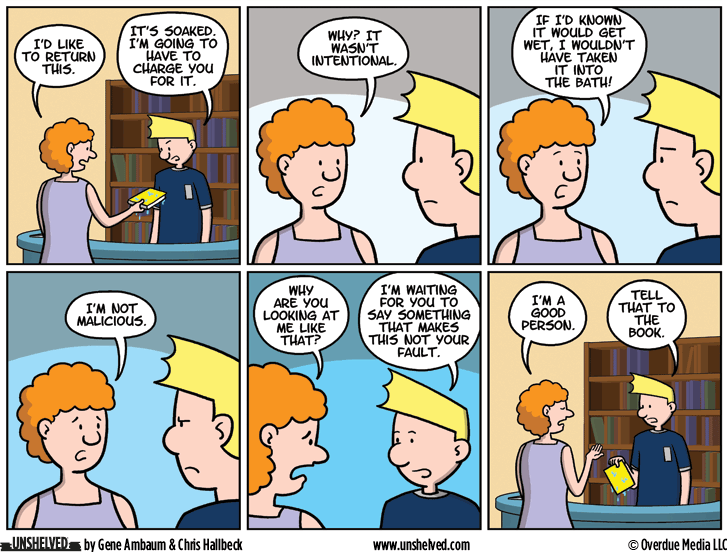 And now a few more of various kind (I'm slowly catching up on my pile of funnies):

Rhymes with orange: Monday November 02, 2015 (the litany against idiocy)