“In the railroad yard of Tokyo’s Kamata Station a disfigured corpse is found, its head pillowed on one rail, thighs across another, awaiting the departure of the first morning train to complete the grisly work. The solitary clue is a name: Kameda. It leads nowhere until from the Homicide Division comes Inspector Imanishi Eitaro, a dogged, respected investigator, minimally educated, genteel, a gardener fond of haiku.”

“Typically Japanese, he takes his work not only seriously but personally, even more so when the victim turns out to have been a retired policeman. When the case is closed unsuccessfully, he pursues the investigation on his own. Too abashed to even ask for expenses when his hunch directs him on an expedition to a rural village, he uses his wife’s savings (gladly proffered, since it is for the job). From the Japanese Sea to the Pacific, from Tokyo to the rural north, Imanishi pursues his quarry, using up vacation days and off-duty hours. Peasants, politicians, movie makers, actors, doctors, scholars — the hunt for the murderer takes him into the recesses of Japanese society and the Japanese psyche. With utter dedication, Imanishi moves ever closer, tracing what are really a string of crimes dedicated by a uniquely Japanese motive.”

“Inspector Imanishi Investigates is not simply a mystery, not is its author a simple mystery writer. (…) Seichô Matsumoto, is credited as the restorer and innovator of Japanese detective fiction following the Pacific War (…). In the 1950s, he introduced the “social detective story,” a police procedural that depicted society in realistic terms. Appearing first as a newspaper serial and then in book form in 1961, Suna no Utsuwa (“Vessel of Sand”) sold in the millions and established its author as the leader of a new generation of writers. Although he only began writing at the age of forty, in his long and distinguished career, Seichô Matsumoto has published over 450 novels, histories and non-fiction works, and has garnered many awards, including [notably for this novel] the the Akutagawa Literary Prize and the Mystery Writers of Japan Prize.”

[Text from the inside jacket] 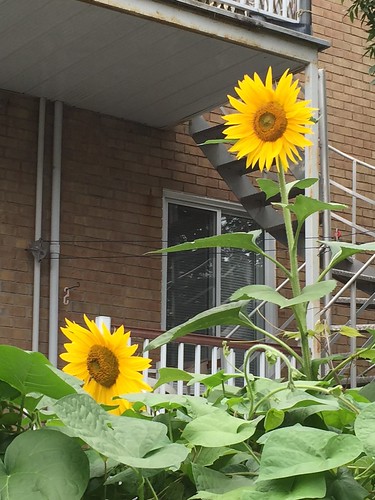 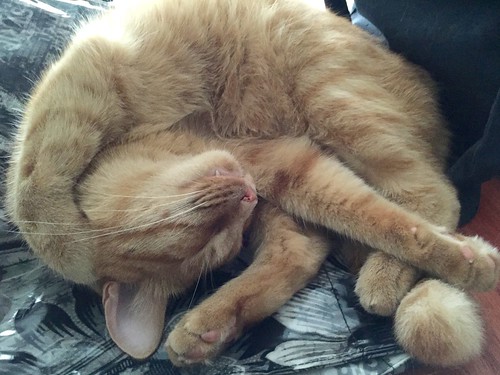 Posted by clodjee at 5:32 pm No comments: 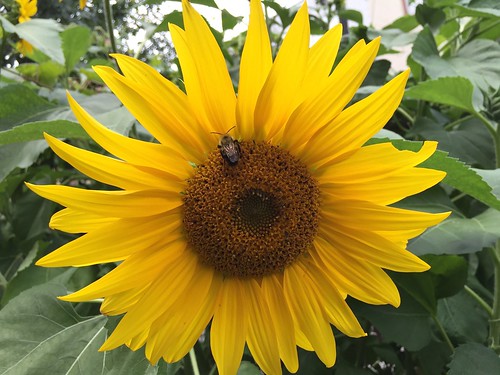 Click to continue reading >>
Posted by clodjee at 10:55 pm No comments:

Click to continue reading >>
Posted by clodjee at 10:57 pm No comments: 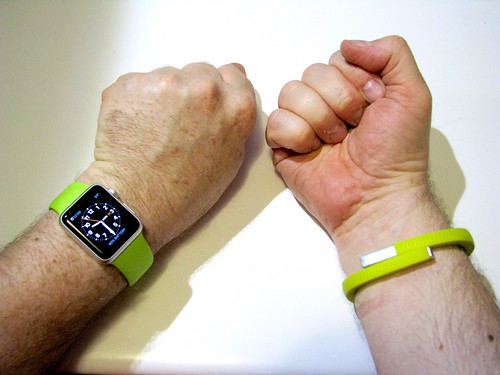 Posted by clodjee at 9:38 pm No comments: 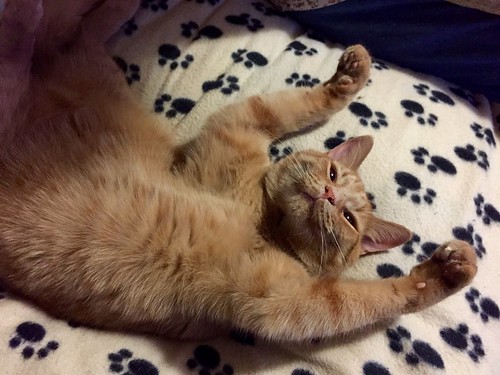 Posted by clodjee at 6:47 pm No comments:

Rose of Versailles manga and other notable news

At Comic-Con, Udon Entertainment has announced that they will release the first english version of Riyoko Ikeda's classic shojo manga Rose of Versailles. The series will be released as two omnibus volumes in the second quarter of 2016.

The french version has been around for a while (published in 2002), so I am surprised it took so long to get it translated in english. Of course, the French had a special interest in this story (it's about the french revolution) but it's a superb story, drawn in a classic shojo style, so it should interest everybody. I've complained about this several time, but I really cannot understand why there are so few shojo manga from the 70s and 80s being translated in either english or french. There's a real goldmine of great shojo titles from that era that is left totally unexploited (mostly from the so-called Year 24 Group). Of course, I can understand publishers not willing to take the risk to release series that a often rather long (Riyoko Ikeda's Jotei Ecatherina is 5 volumes, Orpheus no Mado 18 volumes, Eikou no Napoleon – Eroica 14 volumes, and Suzue Miuchi's Glass no kamen is 50+ volumes !!) and in a style that might seem dated (but oh so beautiful!)…

Now, the question is: will Udon includes in this edition the more recent Rose of Versailles “Episodes” ? Or will it be in an eventual third omnibus volume? I hope they thought of acquiring the rights for those stories as well…

A few weeks ago, while browsing on Facebook, I discovered a new word:

This totally applies to me since I have several shelves (and piles on my nightstand) of books I want to read (mostly manga, but also several novels and a few non-fiction). I also have a (smaller) pile of dvds waiting to be watched… And yet I had swore to read more this year. I am getting lazy.

Another great occasion to enrich my vocabulary. Tsundoku (積ん読 or つんどく) is a word play on tsunde oku (積んでおく, “to leave piled up”) combining the kanji for tsumu (積む, “to pile up”) and doku (読, “to read”). 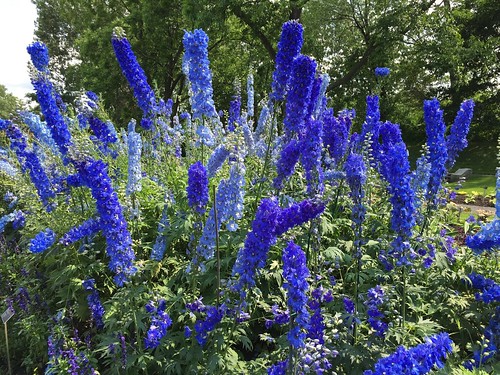 Click to continue reading >>
Posted by clodjee at 7:52 pm No comments: 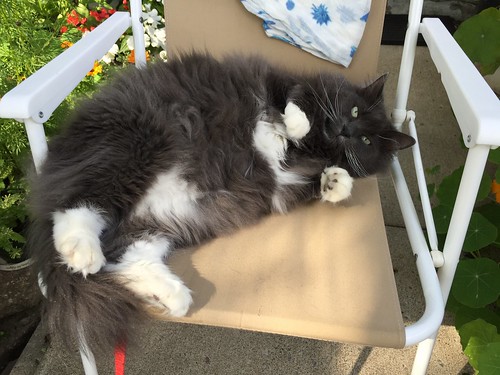 This week the programmation for the 19th edition of the Fantasia International Film Festival was announced. It will be held in Montreal from July 14 to August 4 and screenings will take place mostly at Concordia's Theatre Hall and Salle J.A. de Sève. This year the festival is offering a lineup of about 400 movies from 36 countries, including about 135 feature-length movies and 104 premieres! For more programming details you can check the festival's web page at www.fantasiafestival.com and the screening schedule [ PDF ].

Here our main interest is the Japanese programming (25 features and one short) but there are twenty-seven movies from at least five other asian countries (four from China, thirteen from South Korea, six from Hong Kong, one from Indonesia, two from Taiwan and one from Thailand). The programming includes also over an hundred animated features and shorts from many countries. As usual, it's a rich, strong and diversified selection bound to please anyone.

This year, it's a slim pick anime-wise but to compensate the festival will open with the Japanese animated feature Miss Hokusai, which will be introduced by director Keiichi Hara and screenplay writer Miho Maruho. To the utter pleasure of the fans, the festival will also close with the canadian premiere of the greatly anticipated live-action Attack on Titan directed by Shinji Higuchi and based on the popular manga by Hajime Isamaya. The other anime and manga-related movies of interest are the Lupin the Third live-action, the latest Mamoru Oshii (Nowhere Girl) and the latest Takeshi Kitano (Ryuzo and the Seven Henchmen).

Here's a list of all the Japanese titles (with links to full description):

Click to continue reading >>
Posted by clodjee at 9:00 pm No comments: 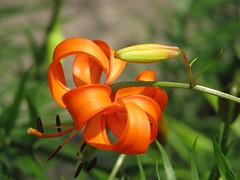 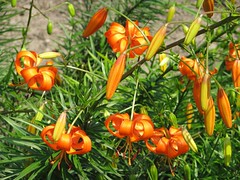 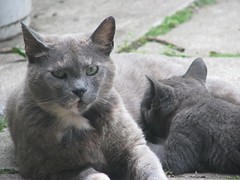 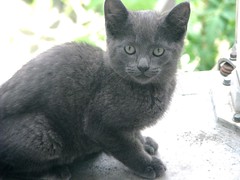 Posted by clodjee at 2:17 pm No comments: 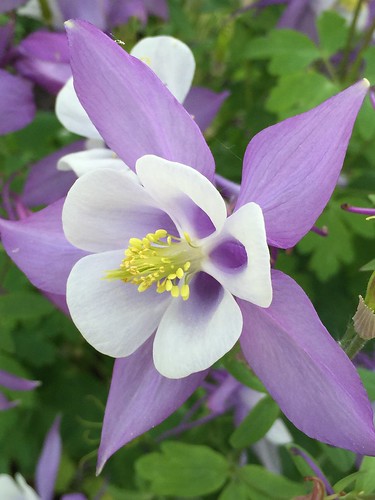 Posted by clodjee at 2:52 pm No comments: