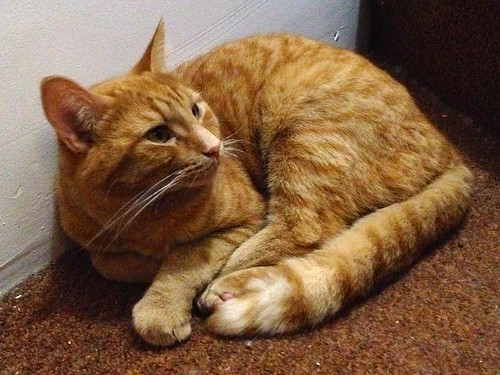 Tokyo - The city of glass

“A powerful tale of madness in Tokyo that explores the nature of sex and love!“

“Toru, a graduate student who runs a bar in Shinjuku Ni-chome, Tokyo's gay district, meets Yong, a Korean man, and he falls in love. This seemingly ordinary event is somehow linked to a 20-year-old homicide case, and Confession of a Mask by Yukio Mishima is the key connecting them. Toru's life takes an expected turn when a detective begins investigating two people whom Toru knows, Haruko Agaki, his old university professor, and Yusuke Honma, the lover ofthe victim in the 20-year-old murder. There are skeletons in someone's closet.” 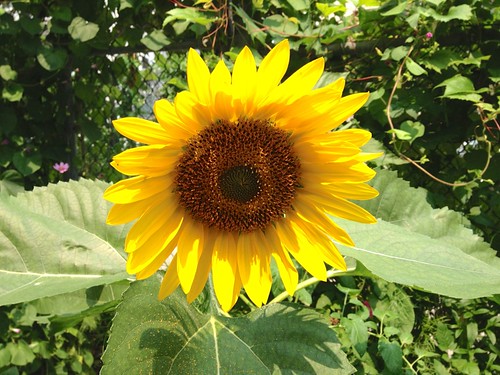 “Three small-time crooks — [Shuu,] manager of the Honey Bunny nightclub, Koji, an ex-motorcycle gang leader turned club waiter, and Big Ken, a Korean BBQ chain owner and club regular — desparate to turn their lifes around, manage to pull a successful bank heist in broad daylight and they return to hide out in Honey Bunny. Although they had agreed to each getting an equal third of the money they stole, their greed gets the better of them, with much bargaining and cheating. It turns out, however, they they are not the only ones after the loot. Will they see any of it all all?”

Click to continue reading >>
Posted by clodjee at 7:06 pm No comments:

“Jacques, a retired war photographer, is attempting to live a peaceful life in the Alps. With a new girlfriend, Nathalie, he appears content, but his old friend Frédéric knows better. There is a little matter of four daughters, each one from a different conquest, each one estranged from him, and each leaving their shadow on Jacques's emotional life. Realizing that reconciliation is the thing Jacques craves most, Frédéric, a doctor, concocts a little lie to convince the daughters to visit their absentee father. Well, not so little. In fact, it's a really big lie, and as the family gathers, as accounts are settled through tears and laugher, the lie gets harder and harder to retract.”

Click to continue reading >>
Posted by clodjee at 12:49 am No comments:

Posted by clodjee at 7:10 pm No comments: 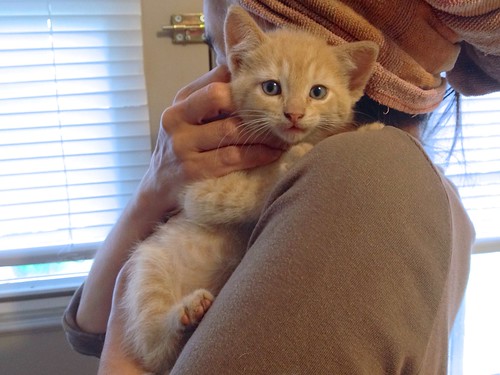 Posted by clodjee at 4:41 pm No comments:

Email ThisBlogThis!Share to TwitterShare to FacebookShare to Pinterest
Labels: Syndicat 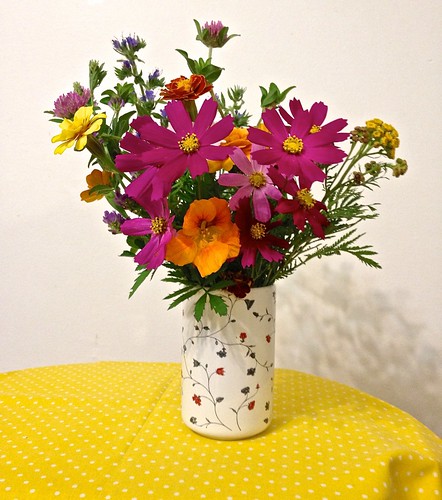 It's time for the World film festival so why not a little cat video? Here's Saya & Caramel at play this morning…

July was a busy month, but in a good way. During the first half of the month I took twelve days of vacation, but didn't do much (at least it felt that way). The highlight was certainly the quick trip I took with my family to the Saguenay.

For most of the month the weather was generally nice, rather hot but with only a few thunderstorms. At least I could stop worrying about my garage being flooded since the city finally repaired the sidewalk (although it took a while: I directly complained to city hall on June 20th, they did the markings on the 26th, then they've cut the sidewalk a week later, removed the old sidewalk on July 8th, installed the formwork on the 11th, poured the concrete on the 17th, did the asphalt on the 24th and gave the landscaping finishing touch on the 30th! Six weeks! Our taxes at work… but, hey, I am not complaining since I tried for three years to get it done). Now, after a day-and-half of rain and then three cold and overcast days (around 15'C!), we are wondering if this is already the end of the summer…

The other notable events of the last month were the return of the family of cats in our backyard (the mother and her three kittens now called Chausson [Socks], Mitsou [Honey] and Kuro [Blacky]), a knee injury (I fell hard on my left knee: it was swollen for a few days, I limped for a week and now, several weeks later, it hurts only when I put pressure on it or kneel—the problem is that I have to often crouch or kneel at my job; however, I went to the clinic earlier today [a wait of 4.5 hours for a 2-minute consultation!] and it is apparently a bursitis, a prepatellar bursitis to be precise, so they gave me some anti-inflammatory drug and told me to stay off my knee for at least a week) and my wife and I went to visit the Fabergé exhibit at the Montreal Museum of Fine Arts.

Click to continue reading >>
Posted by clodjee at 11:45 pm No comments:

The MWFF schedule is available

The schedule for the 2014 Montreal World Film Festival is now available on the festival web site [as a downloadable PDF file]!

The Cinema Under the Stars program will take place after all. In a press release, the festival announced that the free outdoor screenings will be back again this year for twelve nights. Beginning August 21 and running nightly at 8:30 pm through Labour Day (September 1), the Festival will show a wide selection of popular movies on the esplanade of the Place des Arts.

The festival also announced that it will be showing many italian movies again this year. As always the Montreal World Film Festival has a bumper crop of Italian films to show, this year more than ever. Starting with the president of the jury, Sergio Castellitto, and continuing through various sections of the Festival, lovers of Italian cinema will have plenty to celebrate. Thirteen films, produced or co-produced by Italy, are on show and Pupi Avati will be on hand for the premiere of his new film along with a large delegation of Italian film people. More details in the full press release.

Last Tuesday, the festival announced in a press release the details of the 45th Student Film Festival. Organized within the framework of the Montreal World Film Festival, the Student Film Festival, held August 23 to 27, 2014, has this year two competitive sections, comprising 26 Canadian films and 60 international films respectively. The winning films will share 6 prizes, including the Norman McLaren Prize for best Canadian film and the jury award Most Promising Director. Founded by Serge Losique in 1969, the Student Film Festival is the oldest film festival in Canada and was incorporated into the World Film Festival in 1985. The reputation of the Montreal festival has attracted many student films from around the world and this year, to accommodate the abundance of excellent foreign productions, an international competition was established and it features films from 18 countries!

Finally, a press release also detailed all the ticket options for the movie-goers attending the festival. Booklets of tickets and individual tickets to films of the Festival itself will go on sale August 16 to 21, from noon to 7 pm, at the box offices of the Imperial Cinema and the Cinéma du Quartier Latin. Festivalgoers may also purchase tickets online through Admission beginning August 22. The Festival run August 21 through September 1. 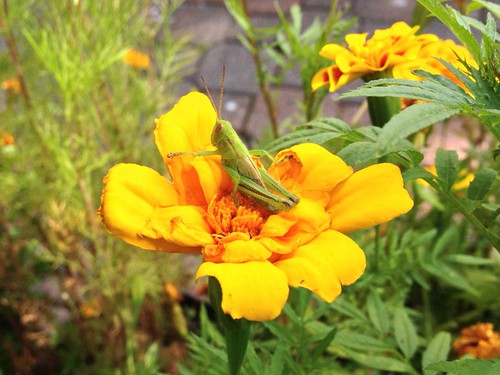 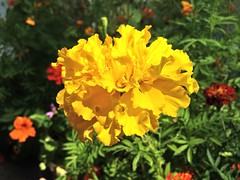 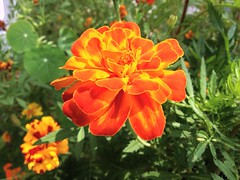 Japanese movies at the MWFF 2014

In a press conference last tuesday, the Montreal World Film Festival announced the programming of its 38th edition, which will be held from August 21st to September 1st. The festival will present 350 films including 160 feature-length movies (of which 100 will be world or international premieres, and 32 North American premieres), and 190 short films. 51 of those fiction features-length movies will be first features (the first film of its director), of which 19 will be in competition. It is less than the previous years but this rich selection from 74 countries is nevertheless quite a feat considering that the festival has been denied nearly one million dollars in subsidies this year! (On this subject, see my post [in french] “Le FFM se prépare à une 38e année difficile”). For more programming details, please read my post “Programmation FFM 2014” [in french] or check the full press release on the festival web site.

The World Film Festival of Montreal will take place from August 21st to September 1st 2014, at the Imperial (1430 Bleury - Metro Place des Arts) and Quartier Latin (350 rue Emery - Berri-UQAM) theatres. Tickets will be available from August 16 at noon at the offices of the Imperial (CI) and the Latin Quarter (QL) theatres, and ticketing networks from August 22. Individual tickets are $ 10, Passports are $ 100 and Cinephile Card is $ 250. Booklets of 10 coupons redeemable against individual tickets are available for $ 70. More details on the festival website: www.ffm-montreal.org.

This year the festival is offering us eleven twelve Japanese features movies and three five short films: two feature films [and one short film] in the “World competition” category, three in “Out of competition”, five feature films and three four shorts in the “Focus on World Cinema” [all those short films are conveniently shown together] and one two feature films in the “Tribute to Michael J. Werner” [there's another movie shown as a tribute to Alain Resnais]. There are no Japanese movies this year in “First Films World Competition”, “Documentary” or the “International selection of the Student Film Festival” categories.

At the press conference announcing the festival's programming, Serge Losique reiterated his love for Japanese cinema. He tells us that Japan is one of the most film-loving countries in the world and has given us lots of great filmmakers (especially Akira Kurosawa). He tells us also that a Japanese film in competition this year will be accompanied by a host of top Japanese actors. The delegation for this film will include forty-five people, in addition to numerous representatives of Japanese media (from five television stations and eight newspapers)! [You can see the clip of Losique talking Japanese cinema from 1:05 to 2:00 mins on the press conference video that I posted on Vimeo and on my “Programmation FFM 2014” post [in french]]

More information on the festival's japanese movies can be found on the Facebook page of the Canada-Japan Cultural Exchange magazine, Coco-Montreal.

Update [2014-08-15]: The schedule for the 2014 Montreal World Film Festival is now available on the festival web site [as a downloadable PDF file]!

Update [2014-08-20]: Details on each of the Japanese movies shown at the festival are now available on the festival's web site.

After the jump, you will find a list of all the Festival's Japanese movies with description [taken from the festival's program] and supplemental links (more details and links will be added as the information become available):

Click to continue reading >>
Posted by clodjee at 9:29 pm No comments: 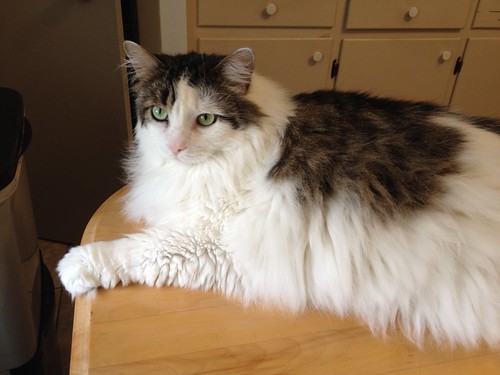 Here are some pictures from our visit last week to the Fabergé exhibition at the Museum of Fine Arts in Montreal. This does not really do justice to the splendour of the exhibits that really must be seen in person…

Posted by clodjee at 9:00 pm No comments: 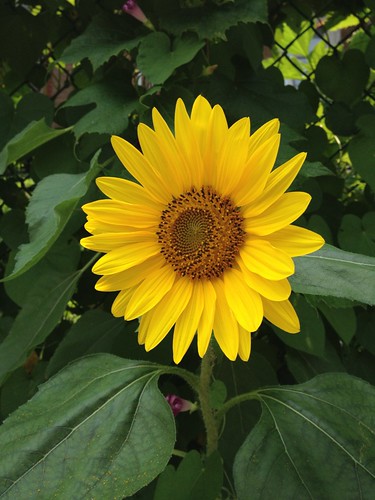 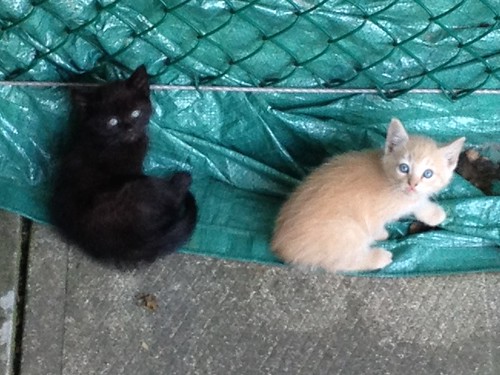