March. Already three months into the year. Until today (partly cloudy, 5°C) spring was nowhere to be seen. We had small snow storms almost every weeks (the latest this week-end) and winter seems to never end. How depressing. I feel that I am really getting at the end of my rope with my job: the long commuting that keeps me from doing anything useful at home during the week, the teenagers' insubordination and constant insolence, absurdity and inefficiency everywhere and, in the last week, a terrible cold that made me weak and tired… So many frustrations… I can't take this anymore and feel I am on the verge of depression. But what can I do? I can't quit. All I can do is fight the darkness and rest as much as I can. I really need some change…

I took a few days off. I really needed the sleep, but above all the psychological rest… Just not having to commute, not hearing the constant noise and teenage girls chatter (busy hours with an average of 70 dB while the limit for an industrial area is 75 dB!), not having the crying babies (peak at 105 dB!) and kids running all over the place, not having to regularly scold children for not behaving… That's a great rest in itself! I wrote a little (but there's never enough time) and watched TV (the usual plus a few new shows: Cosmos: A space-time odyssey, Helix, Parade's End, Resurrection, The 100, True Detective; and a few movies: After Earth, Blue Jasmine, Star Trek: Into Darkness).

A raccoon hung around the back balcony a few times. We finally found a nice adoption family for Toffee and might be able to place Roussette soon. This week is supposed to be warm and sunny. Hope for spring and more…

Local news were saturated with stories about the Quebec provincial election with talks of possible referendum if PQ is elected or the secular charter. International news were all about the Ukraine situation and the disappearance of Malaysia Airline flight MH 370. I've gathered links to a few other interesting news stories after the jump:

Click to continue reading >>
Posted by clodjee at 5:31 pm No comments: 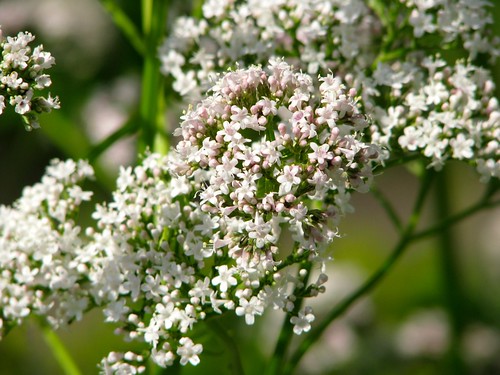 Click to continue reading >>
Posted by clodjee at 7:48 pm No comments:

Click to continue reading >>
Posted by clodjee at 11:53 pm No comments:

“When the sun goes down and the neons go up Montreal becomes one of the world's most colourful cities. Through its countless night clubs, cocktail bars, lavish hotels and colourful streets pass a host of fabulous characters whose presence gives the city the atmosphere for which it is famous.

Into this pseudo-paradise came Gisele Lepine—fresh as the cool clear air of her Laurentian village and eager with the realization of a five-year-old dream—Montreal.

Gisele met the characters, basked in the synthetic glamor of the cabarets and reached the goal she had set as a climax to her personal five-year plan.

Few author could capture the life and atmosphere of Montreal as does Al Palmer in Sugar-Puss. He was born in the east end of the city and in fact celebrates his birthday (May 18th) on the same day as does his native city.”

“One of the earliest Canadian noir novels, Sugar-Puss on Dorchester Street tells the story of Gisele Lepine, beautiful farmer's daughter who leaves her sleepy faming community for the neon lights of Montreal. In the fast-paced city, dreams quickly turn to nightmares as the young 'farmette' finds herself surrounded by drug-dealers, newspapermen, nightclub owners, chorus girls and a fatherly boxer who is well past his prime. It's all a bit too much for innocent Gisele, who hasn't yet had to deal with the violence that is to come. All becomes a whirlwind set in the post-war 'open city' in which burlesque houses were plentiful, Dorchester Street was lined with nightclubs and Decarie Boulevard served as Canada's Sunset Strip.“

Click to continue reading >>
Posted by clodjee at 8:44 pm No comments:

Click to continue reading >>
Posted by clodjee at 7:31 pm No comments:

Here is the full list of winners for the 37th Japan Academy Awards (All nominees are listed and the winners has been highlighted).

Click to continue reading >>
Posted by clodjee at 8:27 pm No comments:

Click to continue reading >>
Posted by clodjee at 8:00 am No comments:

February was another harsh, cold month (although we had a brief respite with warmer temperature and rain). It was a rather annoying month. I didn't feel top shape (mostly digestion problems and abdominal pain). I had many small problems to take care and there was a lot of stuff pissing me off in the news. My cat caught another mouse in the house. I had not enough time to write as much as I wanted. All this put me in a bad mood. Above all I was quite tired (mentally) with my long commute to work (in the last year, I applied nearly thirty times for positions in libraries closer to home, but without any success). In fact, I realized that most of the days I was leaving home around 8:15 am and coming back around 7:45 pm. I am gone nearly twelve hours to work only seven hours! For what? In order to win enough wages to pay for food and mortgage so I can sleep, eat and go to work the next day? What a depressing thought! The good news is that I now have only seven hundred and ninety-four weeks before retirement!

Locally there was more talks about the secular charter, a tax hike, possible provincial elections, and lots of discussion about municipal pension plans (ah! those lazy and overpaid municipal workers!). In the meantime, the world was busy dealing with freaky weather conditions (notably drought in California, lots of snow in the east coast and too much rain in England), the Sochi Olympics, unrest in Ukraine and possible military intervention by the Russians.

I've gathered over an hundred links to interesting news stories. You can check them after the jump:

Click to continue reading >>
Posted by clodjee at 11:26 pm No comments:

The nominees for Best Director of the year (2014) are:

The nominees for Best Animation of the year (2014) are:

Here we are listing only the categories that are of interest for our blog, but you'll find more details on ALL the nominees on the Tokyo Hive and Internet Movie Database. You'll find also some information (mostly about the anime category and the anime- & manga-related nominations) on Anime News Network.

The award winners will be announced on March 7, 2014, so stay tuned!

Update (2014-03-09): The winners have been highlighted. I have also posted the full list of winners in this new entry. You can find more information on Variety, The Hollywood Reporter, Anime News Network and, of course, the official Japan Academy Prize website (or the auto-translated version).

Posted by clodjee at 7:29 pm No comments: