December was a super busy month. I barely had time to read or write anything. Every week I had some meetings or appointments. First, I visited the exhibition “Terre d'Asie” (a private collection owned by Sam & Myrna Myers) at the Pointe-à-Caillère museum (held from November 17 to March 19) [Pictures to come soon]. Then there was a team meeting at work (I've learned nothing new there). I also went to a pubic assembly where the head of the city's libraries was presenting an assessment (what was achieved in the last ten years and what they are planning to do in the next five years) to the City's Permanent Commission on culture (made of elected officials). It was quite interesting and I intend to write a lot more about this as soon as I have a little more time. Finally, there was a couple of Christmas parties and a couple of doctors' appointments.

I watched a few movies or TV series (most series had ended their run for the season, but I watched The Crown, about the first years of Elisabeth II reign, Mars docudrama miniseries, about what the first human trip to the red planet could be), a few Christmas Specials (Grantchester, Call the Midwife, Doctor Who, When calls the Heart) and episode two of Maigret. I have also purchased and installed a new exterior Nest Cam and so far it has survived our first big snow storm (15 cm), freezing temperature (-20'C) and even freezing rain. The camera (and particularly the app to operate it) really works great.

The biggest novelty of the month was probably that I finally got fed up with the unfulfilled promises of Videotron's new generation Illico TV (mostly I wanted to watch the BBC in HD and wanted to be able to watch ALL my channels on my iPad). So I've switched to Bell Fibe TV and saved fifty dollars a month! From telephone post to finish the installation took more than six hours! Fibe TV is really great (all HD, greater quality picture, all wi-fi, and the Fibe TV app is totally marvellous). But… Bell's internet is really shit. The wi-fi signal is somewhat weak, the range is limited and it doesn't play well with my Apple Airport Extreme & Express routers, my Primus phone router (calls always drop after ten or fifteen minutes) or everything else that relies on wi-fi (my old ip cameras can't connect, the Nest Cam regularly cuts, even the Nest Thermostat lose contact sometimes!). I hope they'll be able to fix that. The worse is the phone issue (and I am sure they will try very hard to have me switch to their own ip phone instead but they can't match all the services I have with Primus). At the same time I also had lots of iPhone battery troubles. I am looking to have this fixed also [later tonight: went to Apple Store and they replaced the battery: it took three hours! I thought they would just swap the phone not repair it in situ].

I can't believe that 2016 is almost over. Even if I have not been able to write as much as I wanted, I did manage to write a little more than last year. To recap the year, you can check all my press reviews & notable news links for the last year. However, all in all, 2016 was not a good year for me. Hopefully, 2017 will be much better. But, unfortunately, I seriously doubt that.

Despite all this, I still found some time to stay acquainted (a bit) with the affairs of the world. Here's a “few” notable news & links that I came across this month and that I'd like to share with you, after the jump (in no particular order, in both french and english):

Click to continue reading >>
Posted by clodjee at 2:52 pm No comments:

One of my Japanese friends, Kazu-chan, has just published a book!

Ten years ago, he came to Montreal through the working holiday program in order to learn English and French. He first got a job at the restaurant where my wife is working, Sakura Gardens, but he realized that a Japanese restaurant was the worse place to learn a new language, so he went to work at the Tim Horton's on Saint-Denis street instead. After graduating from the prestigious Tokyo University, he was hired by a big venture company, but he quickly discovered that he had no taste for the abuses a junior salaryman (office worker) must endure in Japan (remember Amélie Nothomb's novel, Fear and Trembling ?).

Choosing a more independent (but alas poorer) lifestyle, he founded with a friend (Akira Sakaizume, a senior in Buddhist literature) the language school Philosophia. While pursuing English learning methods that are more suitable for Japanese people, they are helping students not only to prepare for the college entry exam but also to develop useful English skills. For him it was a dream to help children realize their hope while broadening their mind through English education.

Click to continue reading >>
Posted by clodjee at 11:44 pm No comments:

Posted by clodjee at 2:48 pm No comments:

I give you all my season’s greetings. Whatever you are celebrating, I wish you a merry Christmas, an happy Hanukkah, a joyous Kwanzaa, a great solstice, eid mubarak, a jolly festivus, beatus Saturnalibus, a merry Krishna, etc., as well as a healthy, prosperous and peaceful New Year 2017 !

From myself, Miyako, Saya and Caramel.

(And thanks to Toulouse-Lautrec for the illustration)
[ Traduire ]

Three weeks ago, while watching the TV show Tokyo Eye on NHK World, I've discovered two manga libraries in Tokyo that I would certainly like to visit one day.

The Tokyo Eye episode that aired November 30th was titled “Tokyo Book Tour.” Its introduction tells us: “In this digital age, people are rediscovering the joy of visiting a physical bookstore. Tokyo might have more bookstores than any city in the world, and this time we look at some of the best ones.” As a travel show dedicated to the Tokyo area (where foreigners discuss sites and attractions they like in the city), this time it introduces us with a dozen notable libraries. Two of them really caught my eyes.

The Tachikawa Manga Park (立川まんがぱーく, located at 3-2-26 Nishiki-cho, Tachikawa-shi, Tokyo; website: mangapark.jp) offers 400,000 manga, mostly new and popular titles, to read. The “space is designed to recall an old Japanese home“ and “visitors are free to kick back and simply enjoy reading manga”. You can sit on chairs or benches, lie down on cushions or tatami mats or even hide in a recreated oshiire closet! A dream library for children and teenagers.

The Shojo Manga-kan (少女まんが館, located at 155-5 Ajiro, Akiruno-shi) is a private library entirely dedicated to shojo manga. It offers over 55,000 shojo books and magazines (even some dating back to the meiji-era!). The library is located in the private home of a couple, Jun Nakano and Natsuyo Oi, who are long-time fans and collectors of shojo manga. Since it's private, it is only opened on Saturday and you must first book online. It's a real paradise if you want to study the history of shojo manga.

Also interesting, the latest episode of Tokyo Eye (it aired on December 21st), titled “Tokyo Mottainai!”, is dedicated to unusual recycling ideas which offers a “stylish new twist on a traditional Japanese value.” I particularly like the idea of the restaurant that buys "imperfect" seafood that has gone unsold at the Tsukiji fish market and turns it into delicious cuisine. And the one about the “Mottainai Kids Flea Market” where kids can learn economic skills while recycling their old toys and stuff.

Both shows are still available to watch online (and will stay available for a few weeks).

Posted by clodjee at 6:16 pm No comments:

This sign is located at the corner of Saint-Roch and Durocher streets in Montreal's Parc-Extension borough. It might look like a parking sign, but in fact it indicates that the street is closed one hour in the morning and one hour in the afternoon (except for local resident, school buses and taxis) to insure the safety of the children arriving at and departing from the nearby school, Barthélemy-Vimont.

It would be a commendable endeavour if it had not been turned into a virtual tickets trap for motorists looking to make their way through the maze of one-ways that characterize Montreal. Each afternoon, there's a police patrol car waiting on the side of the street for the oblivious motorists who failed to notice the inconspicuous street sign. At least half-a-dozen tickets are given each day!

First, the sign should be more obvious and more explanatory. Second, police are supposed to “Serve and protect.” Like protecting the children and serving the citizens. NOT tell them “just pay the fine, sucker”! They would serve better the community if they would simply put their patrol car across the street to block traffic, or put some sort of temporary barrier, and tell passing motorists “sorry the road is temporarily closed for the children's protection.”

Just another example of how this city fails to be community friendly. Just use common sense, damn it!

Another totally unrealistic catastrophe movie. Kiefer Sutherland with a ridiculous brit accent and “John Snow” [Kit Harington] as a slave hero pointlessly saving the damsel in distress. Entertaining but not historic.

A Tim Burton movie about the life of American painter Margaret Keane, famous for her children with big eyes art, who had to fight her husband Walter Keane up to court as he took credit for her very successful work. He was a genius of marketing but, as a frustrated wanna-be painter, couldn’t resist to flatter his ego and take credit for “their” success until she got tired of the fraud (and found religion with the Jehovah’s witnesses). Interesting subject, but a quite ordinary delivery.

An interesting film about the struggle of a black athlete to get into the 1936 summer Olympics and to show that black lives matter — while teaching a good lesson to Nazi Germany. More interestingly, it’s what the movie fails to show that is the most important: despite his four olympic medals, Jesse Owens will be totally ignored after his return to the U.S.A.. After all, the blacks in America were not that much better off than the jews in Germany. He died of cancer at 66 years old, poor, after holding small jobs and making a few business ventures. He was recognized only posthumously with a Congressional Gold Medal awarded by George W Bush in 1990! Not totally accurate, but a moment in history worth remembering.

To make change (but always to make us forget the rigors of winter) I propose for now drawings by my wife: 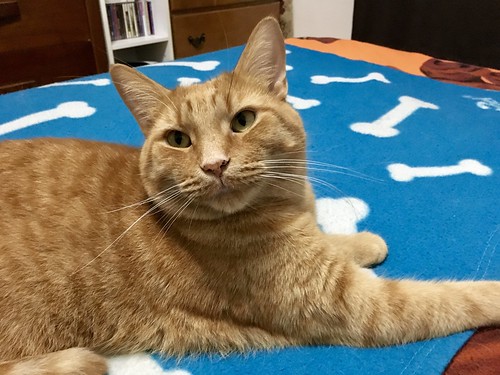 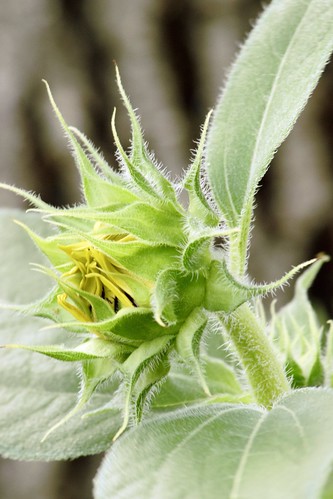 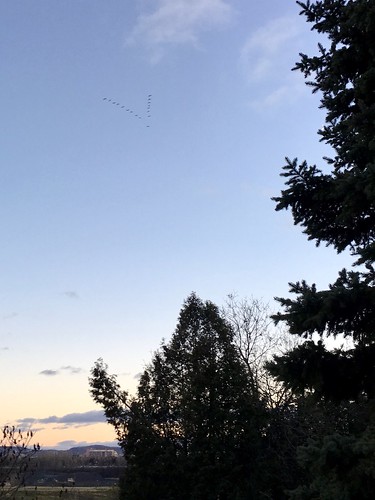 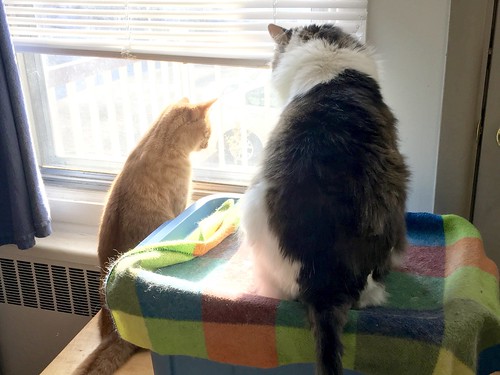