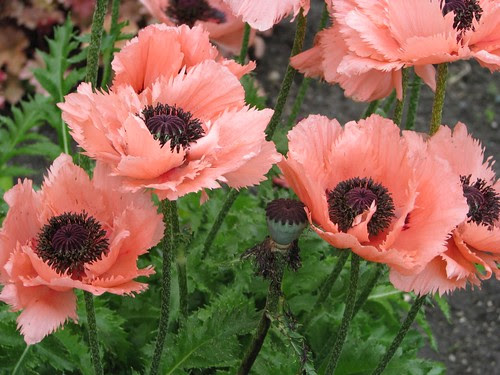 Posted by clodjee at 8:42 pm No comments:

Click to continue reading >>
Posted by clodjee at 7:03 pm No comments:

Click to continue reading >>
Posted by clodjee at 2:57 pm No comments:

Lots happened in the last three weeks. The software for Sony QX10 camera was updated just in time for the small trip I took around Quebec City (mostly the Orleans Island and the Montmorency falls) with my family to celebrate the 60th wedding anniversary of my parents. I was able to catch up a little on my writing (commenting on a children book, the latest Amélie Nothomb and even a movie!), but, as always, not as much as I wanted. This week-end, I'll pamper the many kittens hanging out my balcony (anybody wants one?), do some yard clean-up since it's really getting colder (winter IS coming!!!), go vote by anticipation (I love anticipation) for the municipal elections (but for who?! I'm really not sure) and (hopefully) write some more.

In the news, Apple announced new goodies (mostly the iPad Mini retina display and iPad Air, which I am seriously considering buying soon) and released software updates for the Mac OS (Maverick) and iOS (7.0.3; both prompting lots backupings, updatings, and even eventually upgradings!) and the U.S. government resumed its business as usual (bickering amongst themselves and spying on people). As usual, you'll find links to over an hundred of the most interesting stories just after the jump: 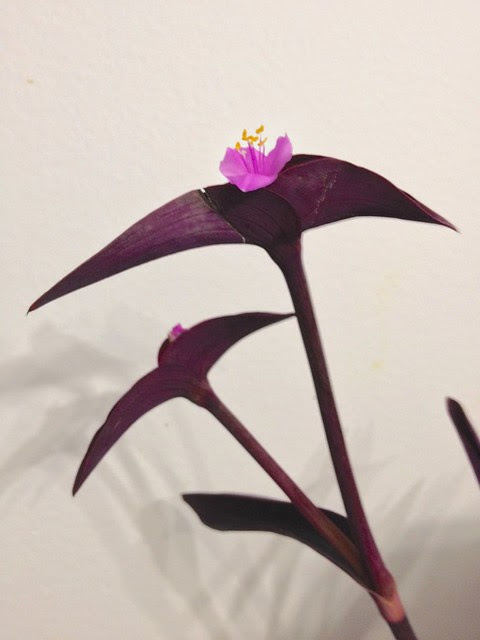 Quelqu'un peut-il l'identifier ? / Can someone identify this flower ?

Update: After nearly an hour of intensive research on the internet trying different descriptive keywords and inspecting picture after picture, I think I finally identified this flower. It seems to be a Tradescantia pallida (Rose) also called Setcreasea purpurea BM Boom and more commonly known as "purple heart", "purple queen" or "wandering jew". Does it sound right?

“Close your eyes. Open your mind. You will be unprepared.”

“Sucker Punch is an epic action fantasy that takes us into the vivid imagination of a young girl whose dream world provides the ultimate escape from her darker reality. Unrestrained by the boundaries of time and place, she is free to go where her mind takes her, and her incredible adventures blur the lines between what’s real and what is imaginary.”

“She has been locked away against her will, but Babydoll (Emily Browning) has not lost her will to survive. Determined to fight for her freedom, she urges four other young girls—the outspoken Rocket (Jena Malone), the street-smart Blondie (Vanessa Hudgens), the fiercely loyal Amber (Jamie Chung) and the reluctant Sweet Pea (Abbie Cornish)—to band together and try to escape their terrible fate at the hands of their captors, Blue (Oscar Isaac), Madam Gorski (Carla Gugino) and the High Roller (Jon Hamm).”

“Led by Babydoll, the girls engage in fantastical warfare against everything from samurais to serpents, with a virtual arsenal at their disposal. Together, they must decide what they are willing to sacrifice in order to stay alive. But with the help of a Wise Man (Scott Glenn), their unbelievable journey—if they succeed—will set them free.” [Official Synopsis]

Click to continue reading >>
Posted by clodjee at 10:59 pm No comments:

Click to continue reading >>
Posted by clodjee at 6:28 pm No comments:

Click to continue reading >>
Posted by clodjee at 1:29 pm No comments:

Between October tenth and twelfth, I made a brief trip to the region of Quebec with my family. We basically visited the Island of Orleans and Montmorency Falls. I created a Flickr album of the best photos from this trip. 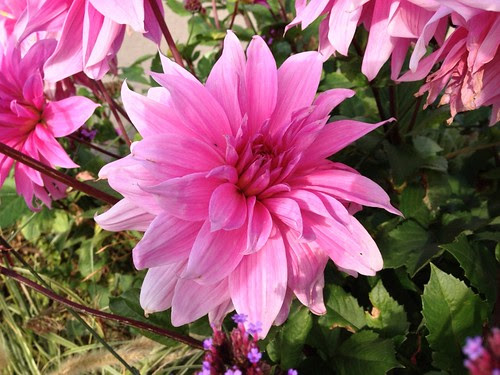 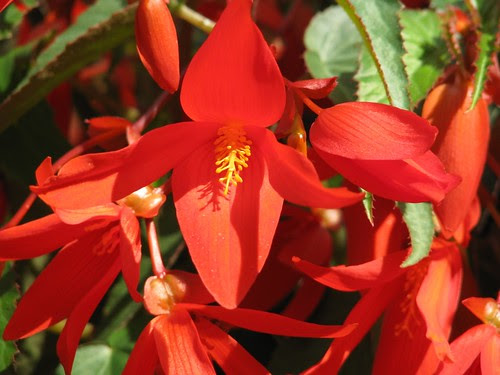 Domestic log -- I am not sure why but, in the last couple of weeks, I felt extremely tired. It has been quite busy at work, so maybe that's the reason [or maybe it's just the damn bunch of rowdy kids and the long transit hours]. Each time I bring myself to the brink of exhaustion, I always worry that I will get the flu or something (and often I do). Because of this (being busy and tired), I have not written much (just one manga comment about The Old Testament). Although my recent blog entries have tended to be much longer (like the one on Gen of Hiroshima's manga or the tech review on Sony's QX10 Camera). I also kept myself busy by toying with the new camera. One weird event is also worth mentioning: a dead crow got stuck in the tree just in front of our house. Was it a bad omen? It was quite high in the tree so it was a little difficult to take it down. It was surprisingly light.

Press review -- Not much in the news lately, beside the U.S. government shutdown, which now enters in its second week. I just don't understand how the american people can let a radical minority in the Republican party take their government hostage like that. They hope to hurt Obama and force him to repeal Obamacare, but it should backfire on them. Obamacare was passed by both Congress and the Senate, then Obama was reelected for a second mandate on it and it was even confirmed by the Supreme Court! And yet the Republican are fiercely and unrelentingly trying to kill it (okay it's not perfect but it's much better than nothing; and the Republican are the one who made it such a mess in the first place!). How can they disregard the will of the people so undemocratically? And how could some americans still blame Obama for the shutdown?

Anyway, you'll find links to the news stories that I considered the most interesting, right after the jump:

Click to continue reading >>
Posted by clodjee at 8:14 pm No comments: 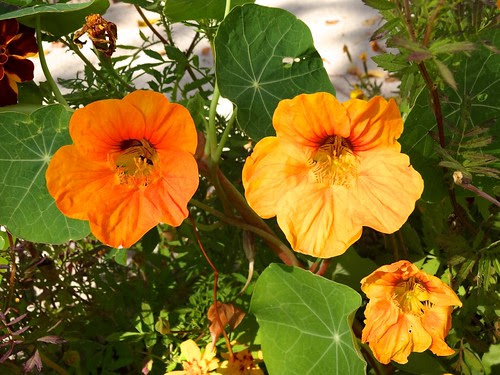